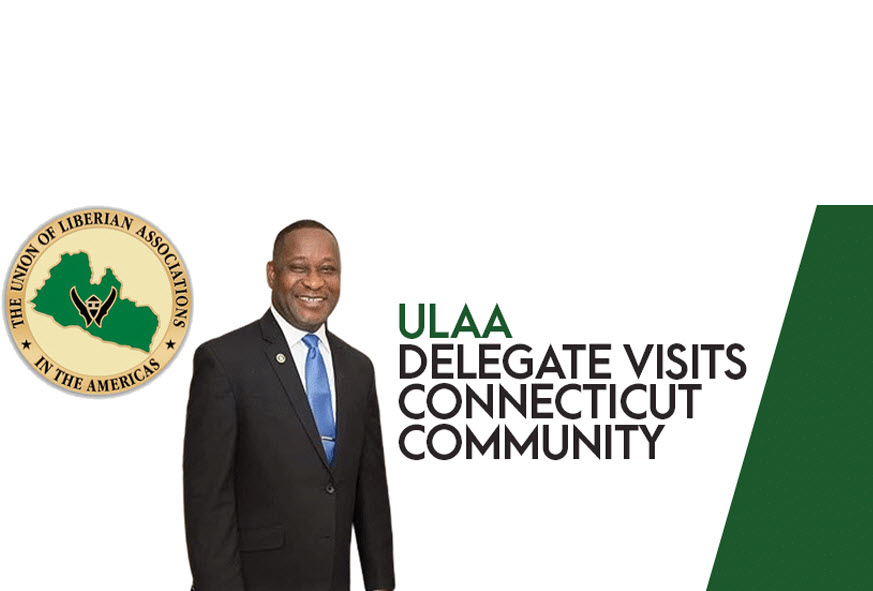 The Union of Liberian Associations in The America’s (ULAA) President, Honorable J. Shiwoh Kamara attended the installation program of the newly elected leadership of The Liberian Community of Association of Connecticut on Saturday , December 11 at St. Sebastian Hall in Ansonia, Ct. He discussed dual citizenship, community involvement, new strategies, policies/ procedures and more.

The event was attended by representatives from ULAA, leaders from other Liberian-US based groups, and Ambassador George S.W. Patten, Liberia’s Senior Ambassador Extraordinary and Plenipotentiary to the United States of America.

President Kamara emphasized Liberia’s unity and the importance of dual-citizenship, which has become an increasingly serious problem for the country’s residents, particularly those living abroad.

Moreover, President Kamara urged the LCAC Community, leaders and members of the Liberian Associations from all across the United States to work harder and come up with new methods to improve their communities.

At the end of his speech, Kamara invited the entire Liberian community to volunteer more and assist ULAA, as well.

In conclusion, LCAC’s leadership agreed to cooperate with and support ULAA’s efforts.

Previous “Stop the Unnecessary Bickering” —ULAA President pleads with members Next Thank you for attending the 47th ULAA Inaugural Ceremony!

The latest ULAA Communitynews, articles, and resources, sent straight to your inbox every month.