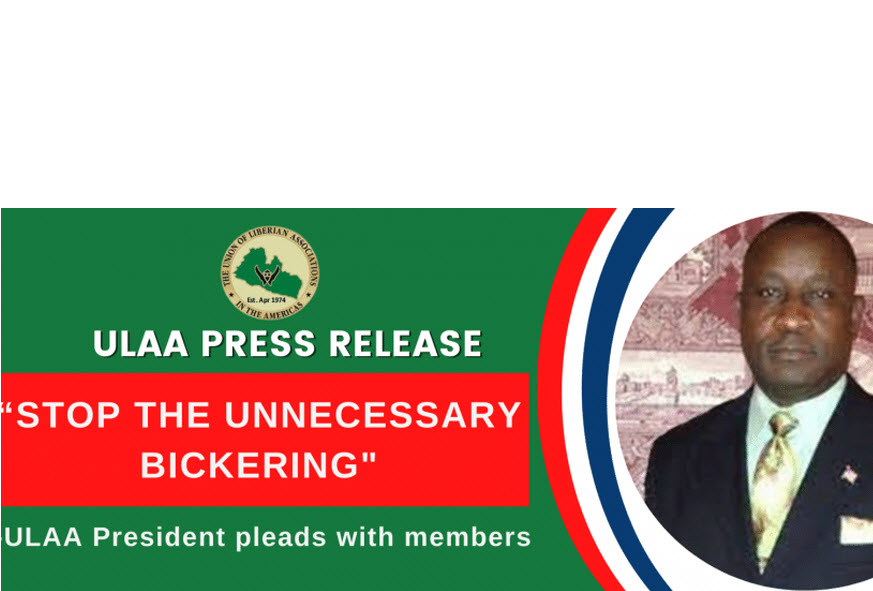 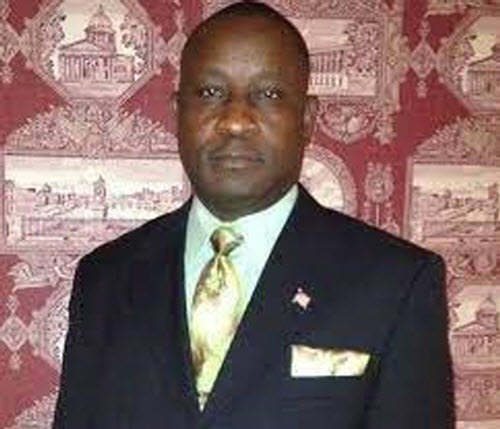 Atlantic City, New Jersey, October 25, 2021.  J. Shiwoh Kamara, President of the Union of Liberian Associations in the Americas (ULAA), has appealed to members of the association to stop the unnecessary bickering, close ranks, and move in unity to meet the expectations of their people.

The New ULAA President, whose statement was contained in a speech delivered recently in the United States of America during his induction ceremony, told members of ULAA that he is assuming the leadership of the Union at a very crucial time in their history and as such, he will need the cooperation of each individual to move the association forward.

“As indicated earlier, the task before is enormous, and I ask all of us to stop the unnecessary bickering, close ranks, and move in unity to meet the expectations of our people,” The President emphasized.

President Kamara told his members of ULAA and the audience that there are many challenges facing the union and its member organizations including the dwindling membership to dwindling finances, from dwindling programs to dwindling impact in the Diaspora and at home, our Union has problems ahead.

The ULAA President said in recognition of these challenges, he will first begin his leadership using the pillars of the one hundred days’ plan that was the focus of the just ended campaign as the road map to tackle and find solutions to the problems.

Accordingly, President Kamara stated that he will immediately begin engagement with the Union’s major stakeholders to understand their problems of the Union and their recommended solutions on the way forward.

This engagement, he said, will include active ULAA member chapters, non-active and suspended chapters, youth organizations, Liberian owned profit and nonprofit organizations and many others.

“We will also conduct consultations, engagement, and listening sessions and will develop partnerships with other entities and group   with the goal of developing solutions and delivering services in an informed, efficient, and targeted manner”, The President disclosed.

In the next one hundred days, the ULAA President said his administration will take on the arduous task of reviewing the policies, procedures, and legal status of the Union.

According to him, he will take a deep look at all governance and policy documents of the Union, including the Union’s responsibilities under state and federal laws, and further review its laws and policies on conflict resolution, conflict of interest, records maintenance, and gift acceptance, fiscal management, and conducting a review of its legal status under 501 3 © versus 509 (a) C.

The ULAA President said: “We will also embark on an active marketing and public relation strategy to re-introduce the Union to Liberians and other stake holders.  My administration will redevelop the Union’s website, activate, and redesign social media channels including Facebook and Instagram, and adopt a policy of transparency with Liberians in the Americas especially as it relates to financial matters”.

On the advocacy front, the ULAA President also promised ULAA’s members that his Administration will continue all the traditional advocacy issues of the Union—–Immigration and dual citizenship and will actively pursue OUT OF COUNTRY VOTING.

He said to take full benefit of the just-passed Liberian Immigration and Fairness Act, “my Administration will collaborate with member chapters and other immigration groups to accelerate the application for Liberians to regularize their status under this Act.  We will build the necessary partnership to ensure that no Liberian who is qualified under this Act is left behind to fall through the cracks”.

Speaking on Dual citizenship, the newly elected President of ULAA used the occasion to applaud the efforts of the Union in providing leadership on the issue over the years.

President Kamara averred: “We want to particularly extend our profound thanks to Eminent Emmanuel S. Wettee and the All-Liberians Conference on Dual Citizenship comprising of partners in North America, Africa, Australia who spear heading this effort.”

Currently, he said, the Chairman of the ULAA Board of Directors, Hon. Alfred Sieh and Eminent Emmanuel Wettee are in Liberia in pursuit of the dual citizenship agenda.

“We are excited of the news coming from the Government regarding the legal advice from the Ministry of Justice on passport rights for natural born Diaspora Liberians who may hold citizenship of other countries. Information available to us indicates that there is more good news to come,” he said amid applause.

The newly inducted President of ULAA informed his members that, his Administration will also seek dialogue with the government on issues that both the government and ULAA can collaborate on in the interest of the Liberian people.

He said as Liberia moves closer and closer to another election cycle, “we called on the government to continue to expand the democratic space, encourage good governance, confront the menace of corruption prevalent in the country, and continue to provide security for the Liberian people.”

President Kamara also used the occasion to challenge the government security apparatus to face the persistent report of ritual murders in Liberia.

“These reports, whether real or imaginary have a negative impact on our Country whether it is in attracting investors, Diaspora Liberians visiting the homeland, or simply maintaining our people confidence in their personal security. In these times, Liberians at home and abroad want to be assured that the country is safe and peaceful for all,” he concluded.

The latest ULAA Communitynews, articles, and resources, sent straight to your inbox every month.